How Whiskey and Decanters Saved John and Kathy’s Mariage

John didn’t even know what he was drinking. He took a sip from his glass and grimaced. He felt bored and uninspired by his life. Same old job and a wife who had been doing renos on the house while he sat on the couch watching the TV because he didn’t see the point.

“Another one?” asked the bartender, but John shook his head to the negative.

“Nope, I need to find a gift, but I have no idea what.” He tossed some bills onto the bar and left.

Since he didn’t drink and drive, he strolled down the quaint street, peering into shop windows. Lots of happy people this time of year, socializing and having fun, while he had to go home and clean the garage.

He sighed. He kept on walking until a shop window caught his eye. He stopped to peer in. It was lit up with small lights and a wonderful display.

He squinted his eyes, trying to figure out what type of shop it was. The window was filled with decanters and glasses, with many fine whiskey, cognac, and bourbon glasses.

“I’ve never seen such nice glasses,” he whispered to himself. Perhaps they would make the perfect gift.

He pushed the rickety old door open and entered the shop.

The shopkeeper greeted him. “Hello! Please come in and have a look around.”

John peered at the display case on the left. “What are these?” he asked

“Those are from Quasify. It’s a five-piece set in a luxury gift box. But of course we sell the Quasify rose gold decanter separately, or these beige Japanese wooden base whiskey glasses.”

I do like the idea of a set.” John gazed at a whiskey set with a globe-shaped decanter and two matching etched whiskey glasses.

“Also by Quasify. But the other set does have 30 pages of recipes and tips, should you want to mix your own drinks at home. Did you know that whiskey has been bringing people together for over 1000 years?”

John took another look at the first set that had caught his eye. “My wife would appreciate me being home more often, that’s for certain. She does like whiskey but we have plain boring glasses.”

John paid for his purchase, then took the carefully wrapped package and walked home.

“Wow!” said his wife, impressed. “This set will be perfect for our newly restored dining room.”

John smiled. “Yes, I thought perhaps we should spend some more time together.”

“What a great idea,” she said, hugging him. “I need to slow down a bit. The house isn’t going anywhere.”

“Oh, and I’ll help you out and stop wasting time,” he said.

He helped her carefully unpack the set and placed it on the sideboard.

“Oh, I forgot to buy whiskey!” he exclaimed.

His wife ran into the kitchen and pulled some bottles from the top cupboard. She came back and placed them by the Quasify set.

“There. I was saving them for a special occasion!”

The couple hugged, then sat down to enjoy a good drink together.

6 Whiskeys You'll Want To Try If You Don't Like Whiskey

Related Articles
We will be happy to hear your thoughts

How Whiskey and Decanters Saved John and Kathy’s Mariage

6 Non-Scottish Single Malts You Should Be Drinking Now 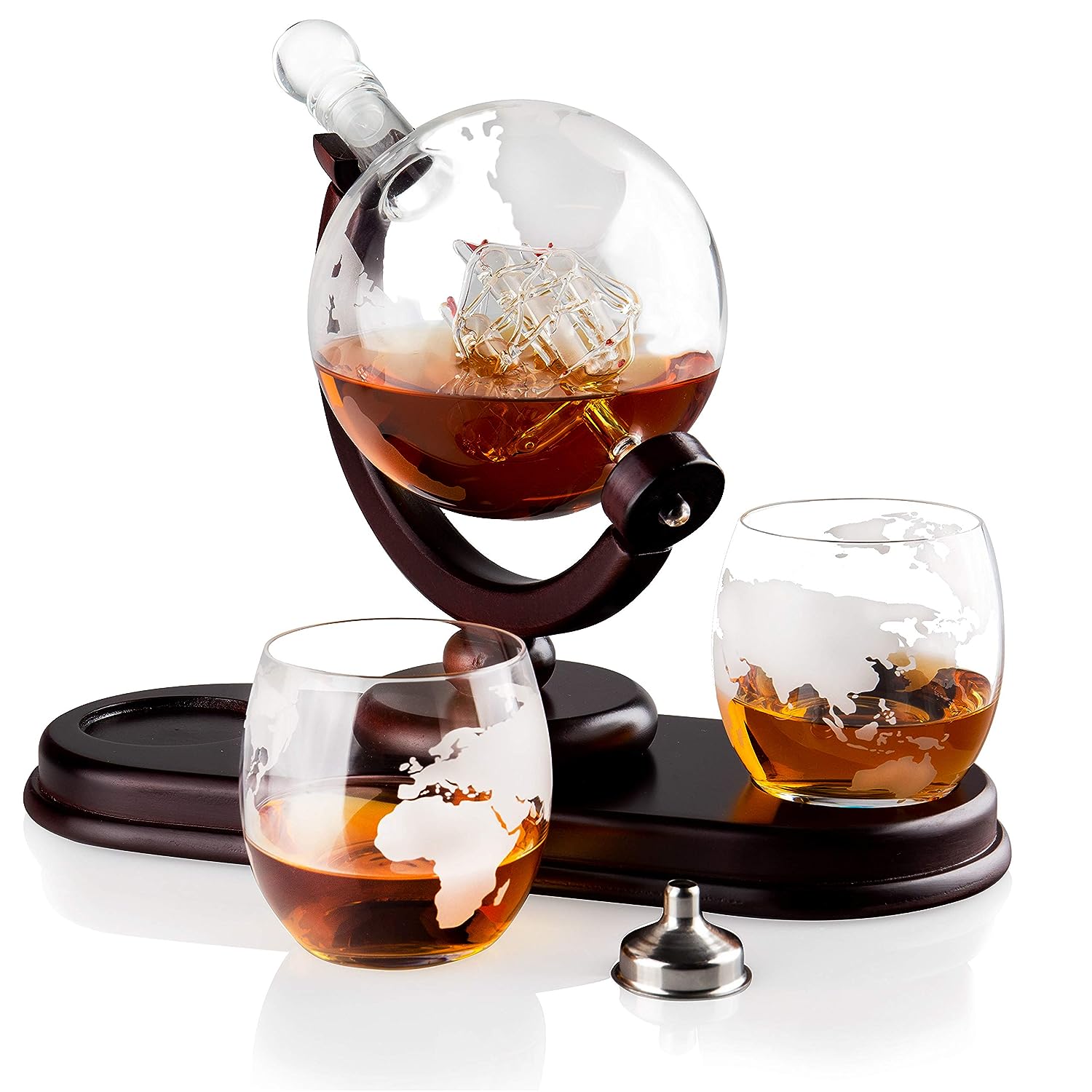 Because Whiskey is as much an art as it is a pleasure, we are determined to show you all aspects of it.

We post articles about what, why, where, when and who so that this spirit becomes available to all.